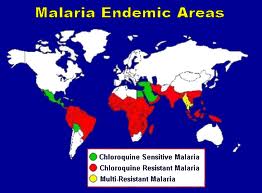 Executive Summary
Malaria is a common and life-threatening disease in many tropical and subtropical countries. Malaria is transmitted to humans by the bite of an infected female anopheles mosquito. P. falciparum is the only species associated with severe morbidity and mortality.

In Sub-Saharan Africa over 90% of human malaria infections are due to P. falciparum infection.The other three species cause milder illness, however infections with P. ovale and P. vivax may relapse months later if appropriate treatment is not provided. Mixed infections involving more than one species may also occur.
Is chemoprophylaxis necessary?
The decision as to whether chemoprophylaxis is necessary is subjective. It depends on the areas to be visited and the risk that the traveler has of being exposed to mosquitoes and of developing malaria.
When deciding on the need for chemoprophylaxis, it must be remembered that all medicines have adverse effects and that the risk of developing a serious adverse effect must be weighed against the risk of developing malaria. One of the most common prophylactic medicine, mefloquine, is not suitable for pilots because of its central nervous system side-effects. Atovaquone plus proguanil and doxycycline are usually suitable for pilots. However, no chemoprophylaxis is 100% effective. The most reliable way of preventing malaria is to avoid mosquito bites.
Personal protection measures
Avoiding mosquito bites is more important than using preventative drugs. Malaria mosquitoes feed between dusk and dawn both indoors and outdoors.
Clinical presentation and diagnosis

Symptoms and signs of malaria may present as early as seven days after exposure, with a usual range of 10 – 21 days elapsing after being bitten by an infected mosquito. Longer incubation periods may occur in patients who have been on chemoprophylaxis or selected antibiotics.
The diagnosis and management of malaria is urgent. Delayed diagnosis and inappropriate treatment are associated with significantly increased morbidity and mortality. Classically, malaria presents with fever, rigors, headache and body pains, but the clinical features are non-specific and may be confused with many other diseases, especially influenza. Malaria should be suspected in any person presenting with any of the above symptoms who has a history of travel to, or residence in, a malaria transmission area. It is therefore vitally important to inform your physician about your history of travel.
Malaria – The Disease
Human malaria is an infectious disease caused by four species of Plasmodium parasite:
Plasmodium falciparum (P. falciparum)
Plasmodium malariae (P. malariae)
Plasmodium ovale (P. ovale)
Plasmodium vivax (P.vivax)

Malaria is transmitted to humans by the bite of an infected female anopheles mosquito. In Sub-Saharan Africa over 90% of human malaria infections are due to P. falciparum infection. P. falciparum is the only species associated with severe morbidity and mortality. The other three species cause milder illness, however infections with P. ovale and P. vivax may relapse months later if appropriate treatment is not provided. Mixed infections involving more than one species may also occur.
Particular high-risk groups for the development of severe P. falciparum mala ria include: non-immune travellers to malaria areas and residents (of all age groups) in malaria areas.


Life cycle of malaria parasites in humans and mosquitoes
Following infection during a mosquito blood meal, there is an asymptomatic incubation period of approximately seven to 30 days while the parasites develop in the liver and during initial multiplication in the blood. This can be prolonged in patients taking chemoprophylaxis.
Reproduction in the blood is extremely rapid and destruction of red blood cells soon induces disease symptoms. Without treatment the illness may deteriorate rapidly. Following appropriate treatment P. faciparum and P. malariae infections are normally permanently cured. However, the dormant stage in the liver may be responsible for relapses of P.ovale and P.vivax presenting two to three months or more after the original infection.

The mosquito vector
Mosquitoes are scientifically classified by their appearance into groups. The Anopheline family is one of the species responsible for transmitting malaria. With ideal hot conditions the larval stage may be as short as five to seven days and adults may survive for three to four weeks. Water is essential for larval survival.

Features of the Anopheline Mosquito

They are relatively small, about 8mm long with dark-spotted or dappled wings
Their posture when resting or feeding is distinctive – head down, body at an angle and hind legs raised. This is in contrast with the horizontal position maintained by most other mosquito species.
They fly more quietly and bite more subtly than other mosquitoes.
They generally prefer clean water for the development of their larval stages.
They favour resting indoors. This results in residual household spraying being more effective in eradication.
The adults are carried by the wind but few are found further than 1 to 2 km from their larval site.
Adults may rest inside motor vehicles, trains and aircraft.
The adult female anopheles mosquito requires protein from blood meals for their eggs to mature.
They generally only feed between sunset and dawn.
Anopheles prefer to feed near ground level often selecting feeding on the lower leg and foot rather than arms or upper body. It is especially important that insect repellant
is applied to these parts of the body.

Preventative measures
The following factors should be taken into consideration prior to entering an area where malaria is prevalent. These factors determine the likelihood of a traveller acquiring malaria and should aid a traveller in determining whether chemoprophylaxis is needed in addition to stringent non-drug measures:
The malaria risk in the area being visited.
The length of stay in the area.
The time of the year or time of the day of the visit.
The intensity of transmission and the prevalence of drug resistant malaria in the area.
Type of accommodation (e.g. air conditioned rooms, camping).
Mode of travel (e.g. backpacking, motoring, flying)
Whether destination is rural or urban.
Activities (safaris/jungle expeditions), especially between dusk and dawn.
Access to medical care.

Is chemoprophylaxis necessary?
When deciding on the need for chemoprophylaxis, it must be remembered that all medicines have adverse effects and that the risk of developing a serious adverse effect must be weighed against the risk of developing malaria. No chemoprophylaxis is 100% effective. Pilots should seek advice from their company’s health department regarding the use of chemoprophylaxis.
The most reliable way of preventing malaria is to avoid mosquito bites
Choosing the appropriate chemoprophylaxis
In order to choose a safe and appropriate prophylactic agent, various clinical and drug-related factors need to be taken into account:
Pregnancy or planning a pregnancy during or shortly after the trip.
Other medications being taken.
Activities requiring fine co-ordination and spatial discrimination.
Length of visit to the area.

Mefloquine
Adverse effects associated with mefloquine include insomnia, strange dreams, mood changes, nausea, diarrhea, and headache.
Mefloquine may cause spatial disorientation and lack of fine co-ordination. Mefloquine is not suitable for pilots.

Doxycycline
This drug affects bone formation in the first 8 years of life. It should not be given during pregnancy.
Adverse effects include gastrointestinal symptoms and candida infection of the gut and vagina. Severe skin sensitivity to sunburn may develop. Other symptoms include dizziness, headache and blurred vision.Pilots are allowed to use doxycycline.

Precautions regarding the use of insecticides
Apply repellant sparingly to exposed skin or clothing.
Repeat applications at intervals of four to six hours according to the manufacturer’s instructions.
Re-apply more frequently after bathing, showering, sweating, etc.
Avoid contact with eyes, mucous membranes and broken skin. Do not inhale or digest.
Avoid applying high concentrations of the products to the skin.
People who are prone to allergy should avoid using plant extracts.
People with sensitive skins should avoid using gels and lotions as these often contain alcohol.
If a suspected reaction to the insect-repellant occurs, wash treated skin and seek medical
attention.
DEET (N,N-diethyl-3-methylbenzamide) can opacify spectacles, binoculars and other plastics.
STOP using DEET if a change in the individual’s behaviour is noticed and obtain immediate medical advice.
Read the entire repellant label before use and use only as directed
Personal protection measures
Avoiding mosquito bites is more important than using preventative drugs. Malaria mosquitoes feed between dusk and dawn both indoors and outdoors.
The following is advised:
Remain indoors between dusk and dawn.
Wear long-sleeved clothing (preferably light-coloured), long trousers and socks.
Stay in well-constructed and well-maintained buildings in the best developed part of town.
Cover doorways and windows with screens, but if not available, windows and doors should be closed at night.
Ceiling fans and air conditioners are very effective.
Use a mosquito-proof bed net over the bed, with edges tucked in under the mattress.
Ensure that the net is not torn and that there are no mosquitoes inside. Protection will be increased by periodically treating the net with an insecticide registered for this purpose, e.g a pyrethroid.
Spray inside the room with an aerosol insecticide at dusk after closing the windows.
Use mosquito mats, impregnated with an insecticide or burn mosquito coils in living and sleeping areas during the night. Treat clothes with an insecticide registered for this
purpose, e.g a pyrethroid.

Guidelines for the treatment of Malaria
Objectives
The objectives of malaria treatment are:
To prevent mortality.
To prevent disease progression and development of severe malaria.
To reduce morbidity.
To eliminate parasitaemia to minimise transmission.
To limit the emergence and spread of drug resistance.

Clinical presentation and diagnosis
Symptoms and signs of malaria may present as early as seven days after exposure, with a usual range of 10 – 21 days elapsing after being bitten by an infected mosquito. Longer incubation periods may occur in patients who have been on chemoprophylaxis or selected antibiotics e.g. cotrimoxazole, tetracycline, macrolides, chloramphenicol and quinolones. Malaria due to infections with P. vivax, P. ovale or P. malariae can take up to 12 months to first manifest clinically.

As signs and symptoms of malaria are very non-specific, a high index of suspicion is critical Uncomplicated Malaria
Symptoms
Malaria should be suspected in any person presenting with any of the above symptoms who has a history of travel to, or residence in, a malaria transmission area.
Clinical Signs: Fever, Enlarged spleen and/or liver.

Laboratory Diagnosis
A diagnosis of malaria cannot be confirmed or excluded clinically. Since the clinical presentation is nonspecific and may mimic many other diseases, the patient’s blood should be examined immediately to confirm or exclude the diagnosis. A blood test for parasites should be done irrespective of the time of the year or whether the patient has or has not taken emoprophylaxis.

In the majority of malaria cases, examination of correctly stained blood smears will reveal malaria parasites. However, a negative smear does not exclude the diagnosis; repeat specimens should be examined regularly and urgently without waiting for fever peaks, until the diagnosis is confirmed, the patient has recovered or another definitive diagnosis is made.

Examination of the peripheral blood smear will give an indication of the species of parasite as well as the parasite density.
A number of commercial rapid diagnostic tests (RDTs) are available for early diagnosis in health facilities where microscopy is not immediately available. The majority of the tests will only detect P.falciparum; while some will detect the other malaria species but are less sensitive for these.

The rapid tests for P. falciparum are generally highly sensitive.

Performance is, however, dependent on the correct storage, usage and interpretation of results, and the quality of the particular test used. These tests should be used only for diagnosis of acute malaria infections, and not for follow-up, as they may remain positive for several weeks even after successful treatment. The test may be negative early in the disease, and false positives may be encountered rarely.

If the diagnosis of malaria cannot be confirmed (unavailability of laboratory tests, or negative tests), the decision to commence malaria therapy should be made on clinical grounds based on whether exposure to malaria parasites was possible and the severity of the clinical features. In cases of severe malaria a blood smear or rapid malaria test is likely to be positive. 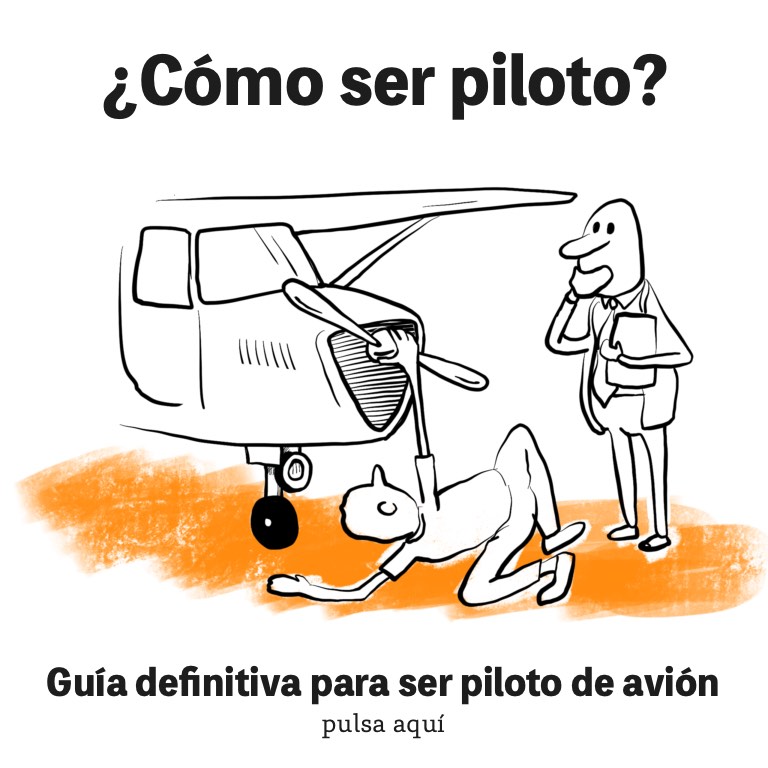